See what we've been up to lately! 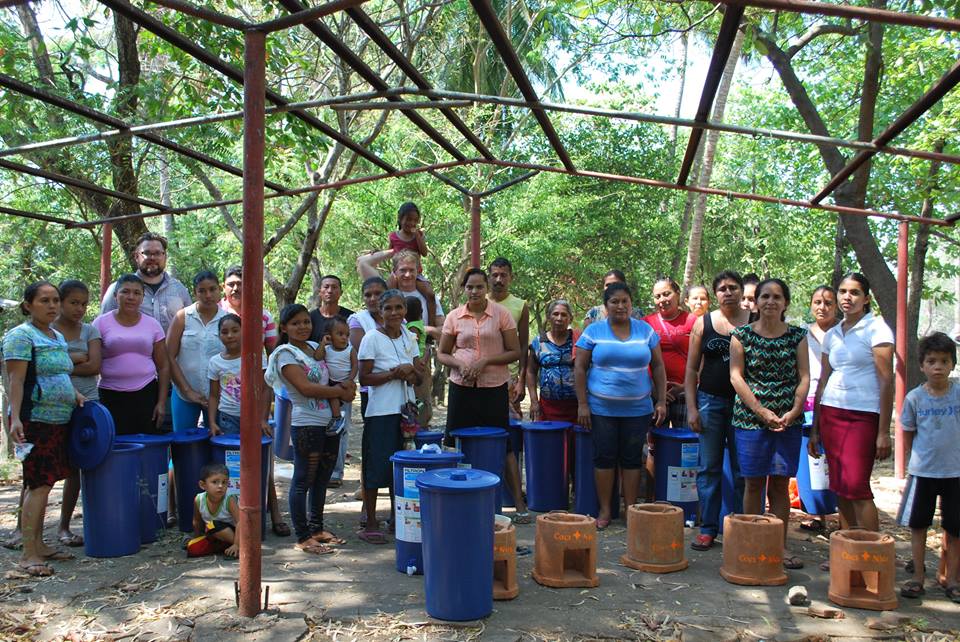 This community lacks immediate access to clean drinking water.  While there are wells, the water coming from them is discolored and contaminated.  Trucks bring water to the area, but not on a regular basis and not enough to serve the entire community.  With contributions made by donors, we were able to purchase Flitron Nica Bucket filtration systems which allowed us to help 100 people get access to clean drinking water.

We're going back for more!!

One Million Goal is excited to announce our next major project, we are planning to return to Nicaragua this October to help two more schools by providing them reliable access to clean drinking water! Follow our page and look for updates as our trip gets closer. We would love to have your support in any way! 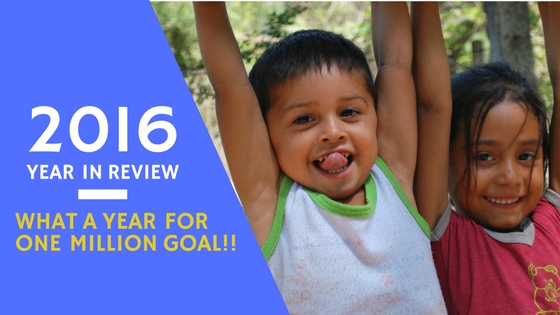 One Million Goal Inc. is celebrating a successful year of helping people gain access to clean, safe water and increasing awareness of the dire need for water around the globe. In 2016, the nonprofit organization has engaged in a variety of initiatives toward its mission to help provide clean water to one million men, women and children.

NEW BERN, N.C. (Jan. 4, 2016) North Carolina-based One Million Goal Inc. is pleased to announce a year of great success in its efforts to provide clean water and raise awareness of the world’s water crisis. During 2016, the nonprofit organization accomplished many firsts: its first three One Million Goal-funded water projects, its first trip to bring water to communities in Nicaragua, its first joint effort to raise awareness with veteran-owned Engage [Apparel] Co., and its first community-involved outreach event to raise awareness about the global water crisis. Additionally, in 2016, OMG increased its direct funding to water projects 250 percent over the prior year.

“A journey of a thousand miles begins with the first steps, and One Million Goal is taking those steps in stride,” says founder Garret Biss. “We are proud to have made such progress during this last year toward our mission of helping bring clean water to one million men, women and children worldwide.”

In addition to fundraising for water projects in Africa, One Million Goal traveled to Nicaragua with the Trashwater organization to provide simple and effective water filtration systems to families forced to drink water regularly contaminated with sediment, bacteria and parasites. During a trip to Nicaragua in March, One Million Goal and Trashwater procured and distributed 40 Filtron bucket systems that are each capable of filtering enough water to provide for a family of four for up to five years. The organizations also installed an Atlantic Ultraviolet water filtration system in a youth home, ensuring safe water for all the children and caretakers who reside there.

However, One Million Goal's mission is not to just provide water to those in need, but it is also to raise general awareness about the severity of the global water-shortage epidemic and the extensive, negative impact of this water crisis. A lack of clean drinking water—a fate known by nearly 1 in 10 people on the planet—is not just a thirst issue. Not having access to clean water also creates or exacerbates a host of other problems from widespread, preventable disease and hunger to poverty, gender inequality, a lack of childhood education, terrorism and sexual assault.

“Even with the seed, the soil and the sunshine, the miracle of life doesn’t begin until you add water,” Biss says. “Fighting tyranny, poverty or disease will provide no enduring cure for suffering if we don’t first start by providing clean water.”

Why the focus on providing access to clean, safe water? The reason is clear: Rural communities around the world spend a tremendous amount of precious time each day collecting water for their survival. Much of their water is contaminated and causes illnesses that threaten their physical and economic well-being—as well as their future. Consider these startling statistics from The Water Project:

However, there is hope. Just a one-time investment of $30 is often enough to provide water for one person in need. According to the World Health Organization, for every $1 invested in water and sanitation, there is an economic return of between $3 and $34. Positive statistics like this are what, in part, drive Biss to spread awareness of the severity of the water crisis and how easily people can help. In his efforts, Biss regularly speaks with audiences from school children to civic organizations and community leaders. As a self-proclaimed philanthropy activist, Biss not only addresses the importance of water to end all suffering, but he also promotes the need for service and charity as a foundation for every person and organization.

For more information about the global water crisis or to invite Biss to speak on this vital topic, please visit www.onemilliongoal.org.

About One Million Goal Inc.